Club Members Adrienne and Rick Jennings flexed their membership to make Adrienne’s 40th birthday a travel landmark as well as a personal one by taking a trip to Dubai. “I knew I wanted to go somewhere incredible since it was such a big birthday, but I didn’t know exactly where,” Adrienne says. “I was intrigued by the architecture and the culture. So I thought, Why not? We’ve taken some amazing vacations since becoming Club Members, but my husband swears this was the best trip I’ve ever planned.”

Let your spirit soar as high as Dubai’s famed Burj Khalifa skyscraper as you read more about the Jenningses’ vacation. Could a trip to this most cosmopolitan of cities be next on your travel list? 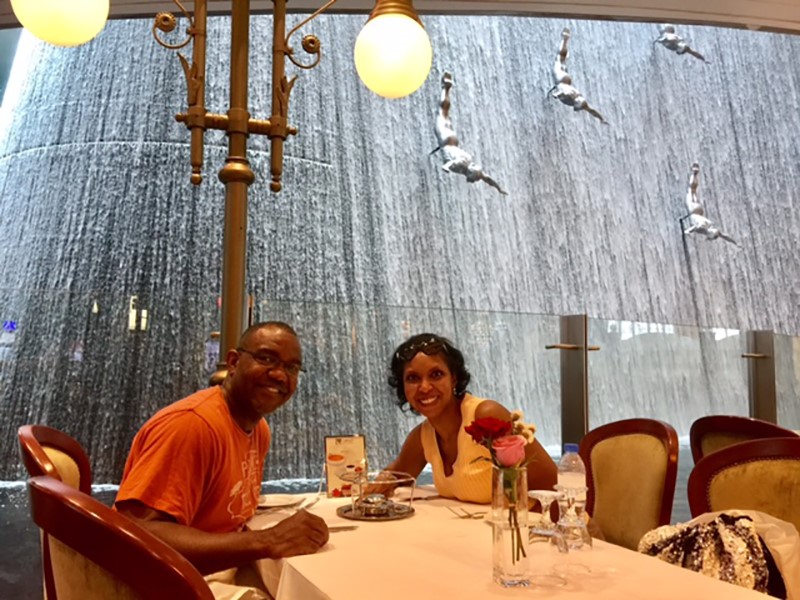 The Jenningses at Entrecôte Café de Paris in the luxurious Dubai mall.

“We went on a city tour, a desert safari, took a day trip to Abu Dhabi, visited Burj Khalifa, the aquarium at the Dubai mall, and much, much more,” says Adrienne. “We’re foodies, and there wasn’t anything we ate that wasn’t completely decadent!”

Their trip-of-a-lifetime experience was made even more exquisite by the flexibility their Points afforded the couple. “We converted our Hilton Grand Vacations Club Points to Hilton Honors Points and used them to stay at the Conrad Dubai, where the service, food and ambience were all impeccable. They were a major part of what made our stay so amazing,” Adrienne says.

Making that Points conversion is simpler than ever: Club Members no longer need to confirm a hotel stay to convert Points to Hilton Honors Points for immediate use at a 1:20 ratio. To learn more about this new feature, click here. Members can also take advantage of the premium conversion ratio when converting next year’s points, though those Hilton Honors Points won’t be available for use until January 1 of next year. 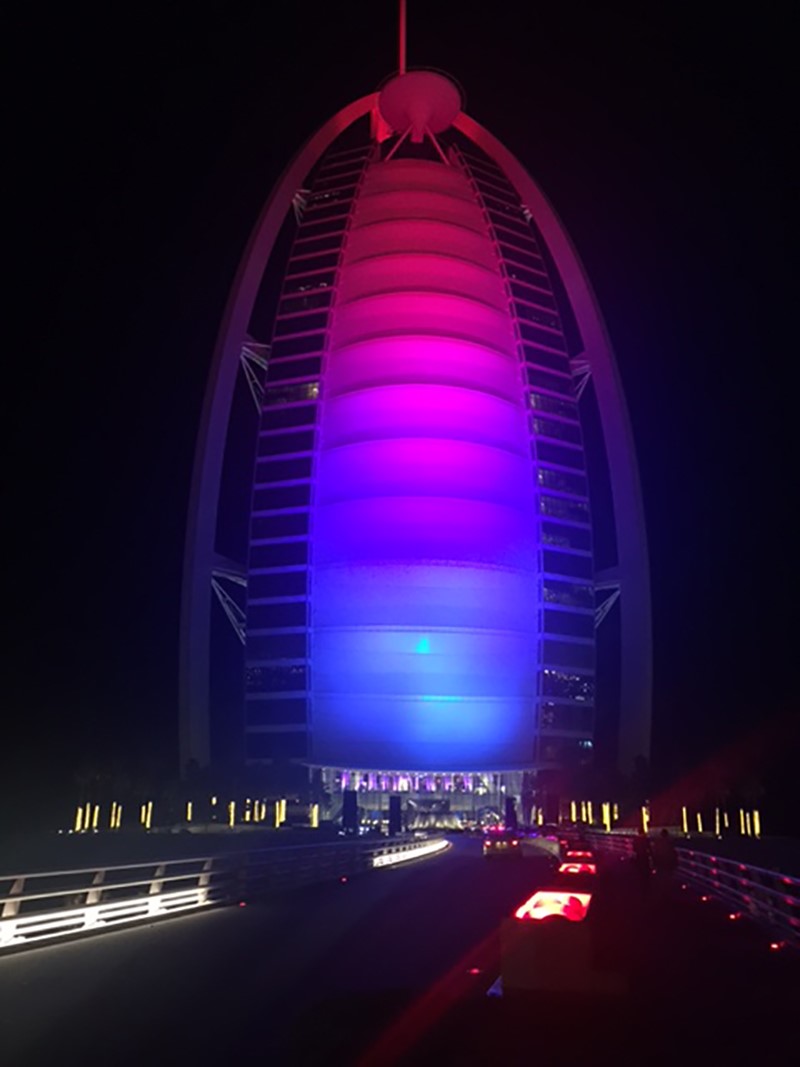 The iconic Burj Al Arab is structured in the shape of a billowing sail.

The Jenningses were able to use their Points in a splendid and elegant international holiday retreat, allowing them to book their final night at Burj Al Arab, considered the most luxurious hotel in the world. “We were treated like royalty,” Adrienne says. “Any visitor to Dubai must make some kind of meal reservation there!” 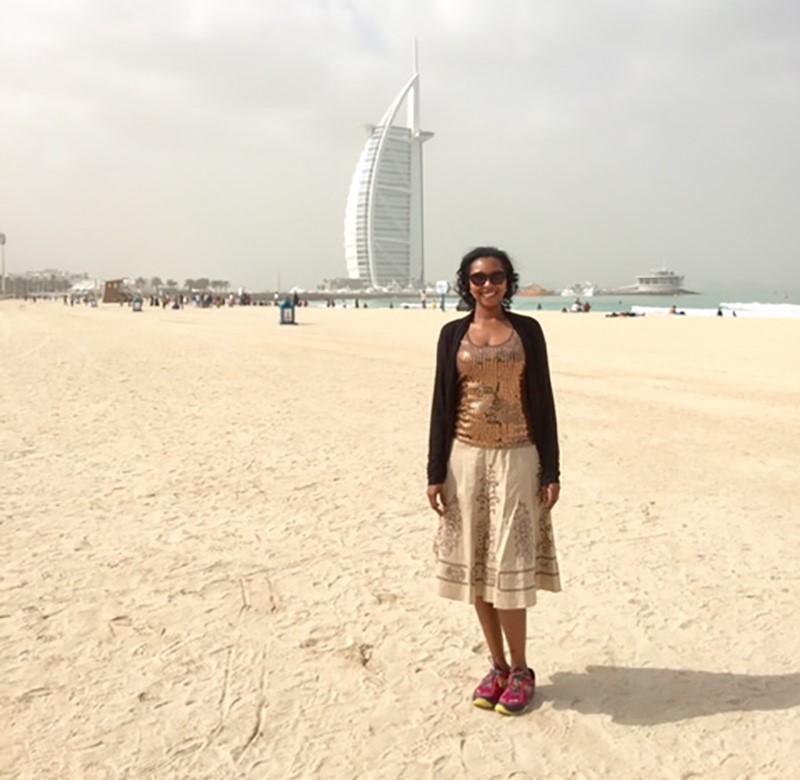 Adrienne with Burj Al Arab—the first seven-star hotel in the world—in the background.

“We ate at some phenomenal restaurants and had an overall exceptional adventure,” she says. “We have a family travel calendar that is written out for years to come.”

It’s been 10 years since the Jenningses joined the Club, and next up for the couple is a seven-day cruise to Belize, Honduras, Costa Maya and Cozumel later this year. 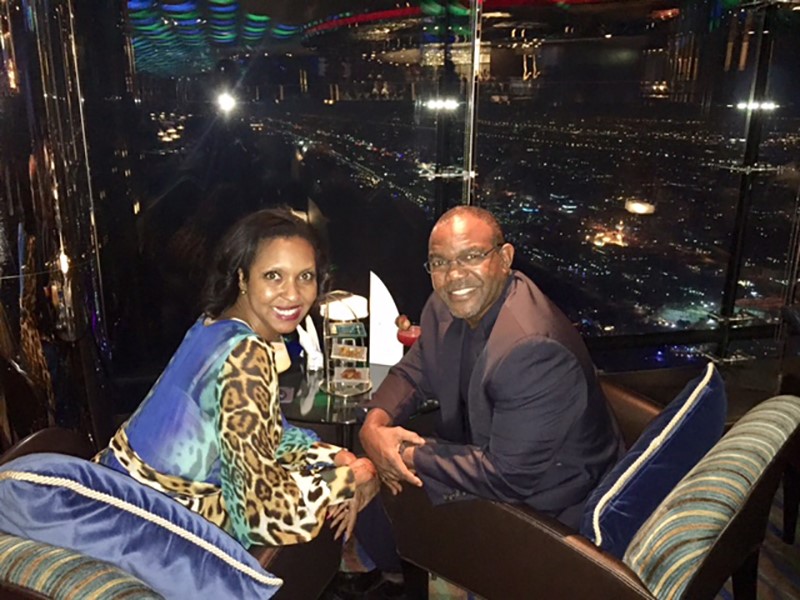